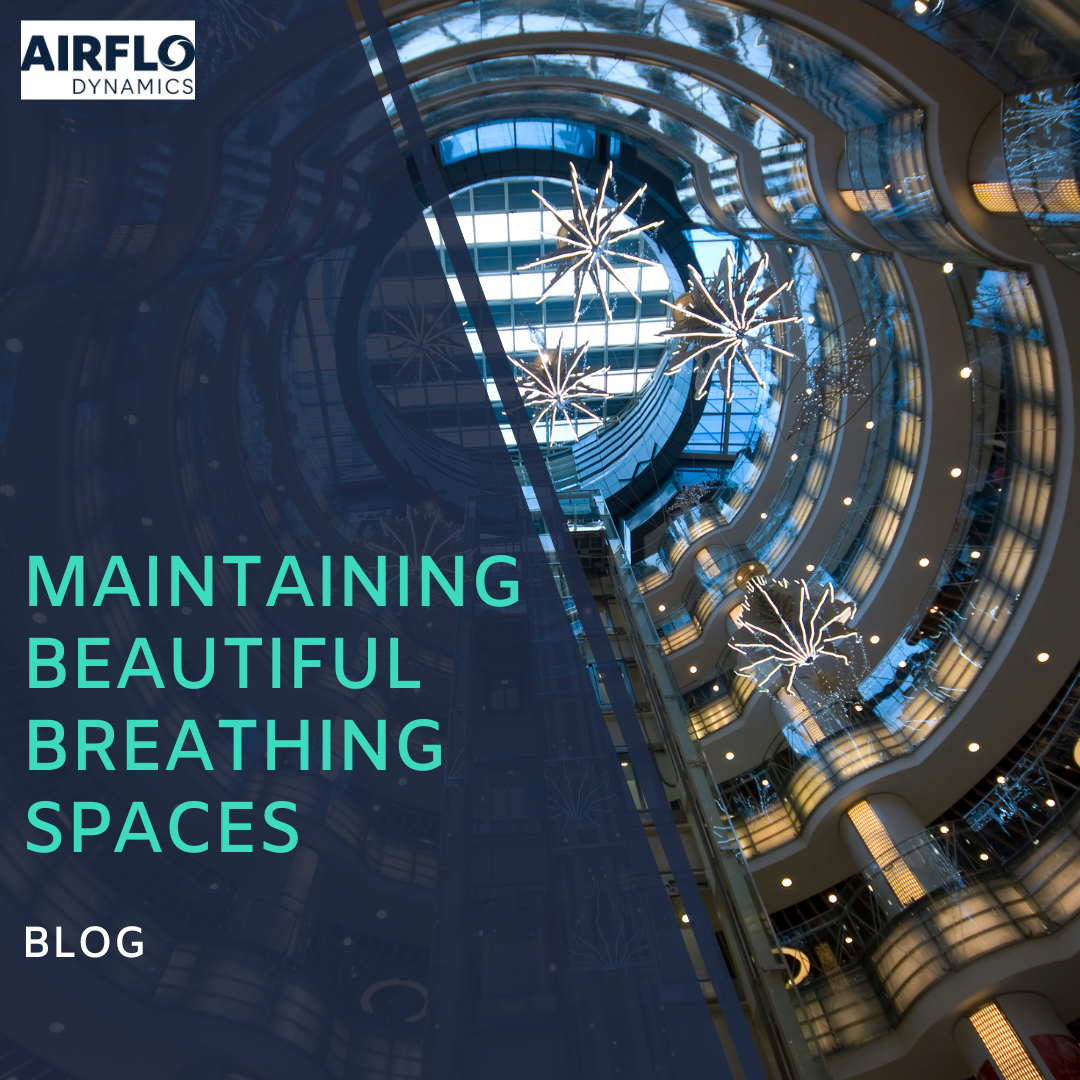 Beautiful breathing spaces don’t happen by chance and the real beauty is in what you don’t ever see.

It’s your homespace; your workspace; your playspace; your own personal development space; space where your ideas aerate and germinate; space where concepts take off; space where life is breathed into your projects and your productivity flourishes – this is your breathing space.

Clean air in the workplace is a positivity factor crucial to mental and physical wellbeing. It is something that you can easily do something about and even the smallest changes can have the most profound impact.

However, unfortunately, what you see isn’t always what you get. Not so with biophilic, biomimic and biomorphic integrated designs which have form and function, catering to the instincts of nature, resonating with what you see, smell, hear and touch.

What you breathe continually feeds your subconscious, enriching your blood, energising your brain and ultimately expressing your inside out. Fundamentally, positivity is the secret to health and success, tantamount to productivity, and clean air forms a large part of it.

The idea of workspace design is relatively new when you consider millenia of commercial activity and trading in one form or another. In fact, the Old Admiralty Building built in Whitehall, London, in 1726 is considered to be the very first dedicated office building to be constructed.

It wouldn’t be long before other such buildings were being erected in London, Liverpool and other major trading cities but it took the introduction of technology, like the telephone in 1876, before companies really started to think about workspace planning and efficiencies.

Then came open-plan working – a concept really brought to life by designer Frank Lloyd Wright and showcased in 1939 in what is probably his design flagship, the Johnson Wax headquarters in Wisconsin, USA. Here, the prime purpose of his concept was to increase productivity, with great consideration given not only to fantastic design but to details such as lighting, temperature and acoustics. It was successful.

So, who first had the idea that we needed fresh air to operate at peak? The ancient Greeks were recording the effects of outdoor air pollution about 2500 years ago; we have accounts of air pollution affecting the UK dating back to the 13th century. But it seems like it was not until the 1800s that proper attention was paid to actually doing something serious about air quality and subsequently tests were beginning to be undertaken. A likely explanation is that it coincided with the development of dedicated office buildings as architects and workspace designers realised the need to understand more about optimising workspaces, even if only to give them a competitive edge.

During the early 1800s when solid fuel stoves were becoming popular, Benford Deacon took out a patent on what was probably the first warm air ventilator, which relied on a falling weight driving a fan to circulate the warm air; the first form of mechanical ventilation. Up to this point, ventilation would have been through convection or other natural means.

Even then, clean air wasn’t generally being taken seriously enough and it took the passing of the 1956 Clean Air Act, setting out our environmental objectives in law, to enforce the great and needed ambient clean-up. Now people were beginning to pay more attention and clean air remained on the government agenda with numbers of revisions and amendments to the Act being passed over subsequent decades, as realisation brought out a greater understanding of the implications and complications of air pollution on health and the economy globally.

The 1970s saw the identification of Sick Building Syndrome. Too many individuals had realised for too long that they felt unwell at work, lacking the concentration and energy needed to fill out a day’s occupation yet, as soon as they were outside the building, began to feel better. It got to the point where it couldn’t be ignored and in-depth studies over a number of years revealed that indeed Sick Building Syndrome is a reality. But it can be cured.

Fast-forwarding to 2012, global pollution exposure has just peaked and at this rate it is forecast that life expectancy has been reduced by 2 years and 7 months. What more can be done?

Coming right up to date, it’s 2023 and the Clean Air Act as such is no longer as its main schedules and clauses have now been incorporated into the Environment Act 2021. However, exception has been taken to this watered-down version of what should have been a statutory reinforcement of the previous Acts. Taking it one stage further, and in an attempt to establish in law the fundamental human right to breathe clean air, the Clean Air (Human Rights) Bill is currently working its way through UK legislative procedure.

So, what difference does all this make to workplace design? It certainly puts pressure onto designers, employers and building management companies to ensure that minimum specified levels of air flow are maintained, filtration systems are regularly cleaned and certified, extraction and air purification equipment is adequate, whilst maintaining comfortable temperatures and conserving energy through optimised heat recovery systems.

But it’s not only the office spaces that are important. It’s the workshops and the factories and construction sites and scaffold towers where the same, if not greater, care has to go into protecting workers from air pollution, not only from what might be conveyed in the surrounding air but what is also created directly as a result of the work being carried out.

Thankfully, with intelligent monitoring devices that detect and quantify unseen pollutants and hi-tech filter units that purify air from the majority of airborne contaminants, including Covid bacteria, we can indeed maintain beautiful breathing spaces.

Two questions: Particulate matter – what is it and does it?

What is a battery powered world going to look like?

Safe use of electric heaters